The FIA's Action for Road Safety is a global campaign, focusing the federation's resources on helping it's member organisations around the globe to educate and advocate for safer roads, vehicles and behaviours.

We at the automobile clubs and associations affiliated with FIA (the International Automobile Organization), have committed ourselves to setting strict standards for improved road traffic safety. With projects that rate the safety of automobiles – EuroNACP; roads – EuroRAP; tunnels – EuroTAP; quality assessment, safety and mobility – EUROTest, we make our own contribution to the field of road safety. We give five stars only to the best!

EuroRAP began as an idea in 1999 to address the unnecessary and preventable toll of death and serious injury on Europe's roads. The commitment of our Members has won the programme overwhelming support. In the past decade EuroRAP has grown from a 4-country pilot to a programme now active in over 30 countries.

After six years of testing tunnels in Europe, EuroTest Tunnel inspections have given way to EuroTAP (European Tunnel Assessment Programme). The results of the tunnels tested are published every year in media all across Europe. Tunnels users are able to access via the internet safety relevant information about individual tunnels in seven different languages. A European Tunnel Audit Report was produced covering nine years of tunnel tests highlighting what has been achieved and what still needs to be done. Information leaflets were targeted at motorists giving information on how to behave correctly in tunnels.

Through EuroTest/TAP, 18 automobile clubs in 17 countries, members of the FIA, have been putting the quality and safety of mobility in Europe to the test since 2000 for the benefit of their members and all mobile consumers in Europe. The EuroTest partners have constantly called for a Europe where the mobile consumer can circulate freely using quality infrastructure and in safety. We have examined Europe’s motorway service areas, passenger ferries, tunnels and railway stations. Test methodologies draw on the best available experience and regulation. All surveys use a common rating scheme and each test is repeated periodically to check for enhancements. Improvements have been achieved for the consumer thanks to immediate widespread publication of the test results – good and bad – in national media Europe wide, supported by clubs’ demands addressed directly to responsible authorities and political and legislative forums about identified shortcomings.

SOL - Save our lives

SOL is a project cofinanced by the European Programme of Territorial Cooperation “Central Europe”. It represents a significant regional road safety programme and it will contribute to the global road safety with critical knowledge, experience and tools This project, with a total amount of 3,5 millions of Euros, is developed and coordinated by ALOT, the Agency of East Lombardy for Transports and Logistics (controlled by the provinces of Bergamo, Brescia, Cremona e Mantova). SOL involves 8 countries of Central Europe area: Germany, Italy, Austria, Slovenia, Slovakia, Poland, Czech Republic and Hungary. The project aims at giving professional qualities, experiences and tools to local public administrations to increase the road safety in their competence areas.

Together we can save millions of lives

In 2009, 150 countries participated in the First Global Ministerial Conference on Road Safety in Moscow and, through the Moscow Declaration, invited the United Nations to declare a decade of action. In March 2010, with Resolution 64/255, the General Assembly set a goal to decrease the number of traffic fatalities with the global action plan: ‘DECADE OF ACTION FOR ROAD SAFETY 2011-2020’. At AMZS we also signed a pledge of commitment to making a working contribution to saving 5 million lives, and decreasing by 50 million, the serious injuries on international roads over the next ten years. It’s worth putting effort into such an important goal, isn’t it!? 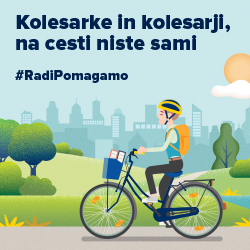 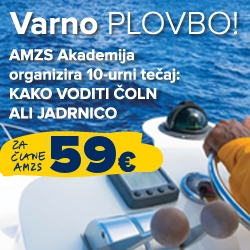 Web pages use cookies for various purposes. The basic ones are necessary for functioning of web pages. Cookies related to analytics and marketing on the other hand offer better user experience, more simple use and display of offer relevant for you. You can read more about cookies on the Cookies web page.

With these cookies you allow us to enable the functioning of plug-ins for Facebook, Google+, Twitter and other social networs , and you allow us to conduct research of your use oif our websites and of your internet browsing in general.

With such cookies, you allow advertising and social networks (third parties) to collect data in order to display more targeted ads, to limit the repeating of ads and to measure the effectiveness of advertising campaigns. Such cookies can enable tracking of your actions online and executing targeted advertising. SKB strives (same as other advertisers) to advertise high-quality and user-oriented content and we would like to inform you again about insurance products and topics for which you have already demonstrated interest. Settings of these cookies apply to ads we show via services of Facebook, Instagram, Google and others and via web applications. If you disagree with recording and storage of displays of received notifications and clicks to links in received notifications with the intention of displaying the advertising content on topics for which you have previously demonstrated interest (remarketing), the same number of ads will be displayed anyway. However, they might not be so interesting for you.